The team at Chews Landing Veterinary Hospital is comprised of highly trained and experienced animal health professionals who have a genuine love for working with pets. Our staff treats every patient with the highest quality of medical care as well as a gentle touch. 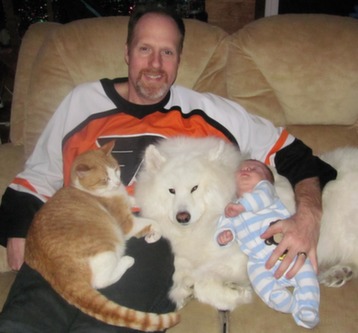 Dr. Rubincam is a 1995 graduate of the University of Pennsylvania School of Veterinary Medicine. He became the new owner of Chews Landing Veterinary Hospital in April, 2013 after working as a small animal veterinarian in Maple Shade, NJ for 18 years.

He grew up in Mount Laurel, NJ and graduated from Lenape High School in 1987. He was active in high school music programs, particularly the marching band. He attended the Pennsylvania State University from 1987-1991 graduating with honors with a Bachelors degree in Animal Bioscience. He attended Veterinary school at Penn from 1991-1995 and started practicing medicine in May of 1995. Dr. Rubincam is an active member of the AVMA, NJVMA, and SNJVMA.

While he rarely is able to participate in his favorite hobby (playing basketball), Dr. Rubincam still plays the drums and is an avid fan of all styles of music. He and his wife, Janine, had their first child, a little boy named J.J., in December, 2013. 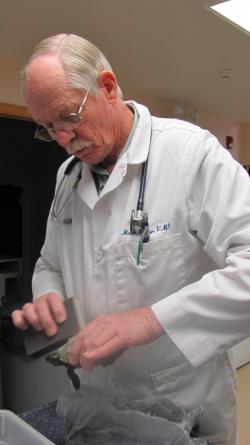 Dr. Wray is a 1981 graduate of the University of Pennsylvania School of Veterinary Medicine. Dr. Wray is a co-founder of Chews Landing Veterinary Hospital, which was established in 2000.

He was born and raised in South Philadelphia graduating from Bishop Neumann High School in 1967. From 1968 through 1972, Dr. Wray served in the United States Air Force which included a tour through Southeast Asia. In 1972, Dr. Wray attended the Pennsylvania State University graduating in 1976 with a Bachelors degree in Animal Science. He graduated from the University of Pennsylvania School of Veterinary Medicine in 1981. Dr. Wray joined a local practice and emergency service in 1984 leaving after 19 years to help build his own practice with Dr. Gerald Greco. Dr. Wray is a member of the AVMA, NJVMA, , and the PVMA. 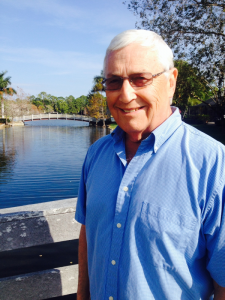 Dr. Gruber is a graduate of the University of Pennsylvania’s School of Veterinary Medicine. He is the original founder of Clementon Animal Clinic (later renamed) and has practiced in the area for the past 50 years. He is a member of AVMA, NJVMA, and SJVMA.

Jack lives in Clementon and is active in many of the town’s commissions and committees. His hobbies are bird watching, gardening, and working to improve the environment. But his most important hobby is being Pop-Pop to his three grandchildren. Jack will be practicing with us part-time on Wednesdays and Thursdays. 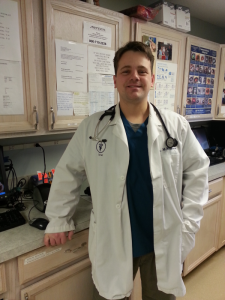 Dr. Sean McWilliams is a South Jersey native. He grew up in Deptford where his parents still live today. He attended Seton Hall University in South Orange, NJ where he received his Bachelor’s degree in Biology. Later, Dr. McWilliams attended Iowa State University College of Veterinary Medicine and received his DVM degree in 2005. After graduation, he and his wife returned to New Jersey to be close to family. Besides working in a private practice, Dr. McWilliams has been working at animal shelters for the last eight years.

Dr. McWilliams has a few hobbies but spends most of his “down time” with his wife, two children (a boy and a girl), two Golden Retriever mixes, and one awesome DSH in Winslow Township. He enjoys going to a campground in the Poconos on weekends whenever he can. He loves watching football and hockey with his kids, fishing (regardless if the fish are biting) and enjoying walks/hikes in the woods.

Professionally, Dr. McWilliams enjoys doing surgery, internal medicine and dermatology cases. He is a member of the AVMA, NJVMA, SJNVMA and PVMA. 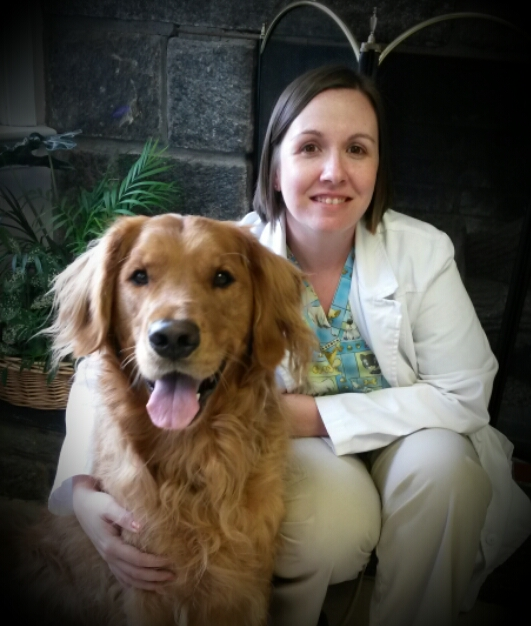 After graduation, Dr. Faulls started practicing at Clementon Animal Hospital where she worked alongside our long-time associate, Dr. Jack Gruber. She is happy to be working with a team and clients in the community where her career first began.

Although born and raised in South Philadelphia, she currently lives in Maple Shade, NJ with her husband, Dennis, and a boxer-mix named Ginny. Dr. Faulls enjoys reading, crafting, and spending summers at the Jersey Shore. 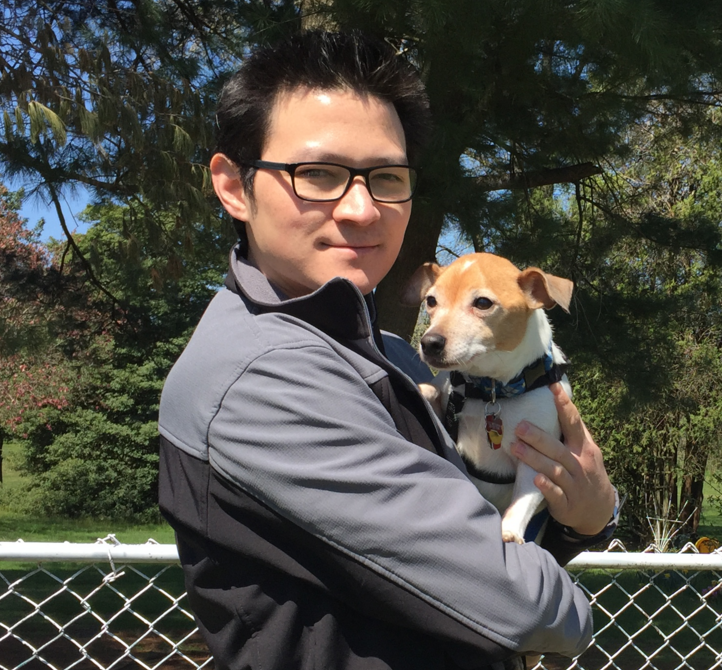 Ever since growing up in the Philadelphia area, Dr. Miyahara has enjoyed the companionship of animals from a young age. He began his training while attending Delaware Valley College in Doylestown, PA, where he received his Bachelors of Science in Biology while minoring in Small Animal Science. His journey then led to Philadelphia, where he studied veterinary medicine at the University of Pennsylvania and received a doctorate in veterinary medicine. Following veterinary school he gained further experience through a rotating internship at the Center for Animal Referral and Emergency Services (CARES) in Langhorne, PA.

When he isn’t caring for animals, he is often playing hockey and rooting for the Philadelphia Flyers. He enjoys music, whether watching live performances or playing the drums and guitar. His appreciation of fine craft beer lends him to visit tasting rooms of local breweries and craft his own home brew recipes on occasion. Whether enjoying activities or in the between time, he’s often accompanied by his clever Jack Russell, Einstein. 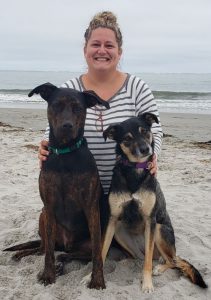 Professionally, Dr. Ricca enjoys doing surgery and dermatology. In the near future she would like to continue her education and become trained in acupuncture. She is a member of the AVMA.
Dr. Ricca loves spending her free time with her two dogs Maizi and Mako which are mixed breed dogs she adopted from the Caribbean island of Saint Kitts where she attended veterinary school. The three of them love going to the beach and hiking. Dr. Ricca also enjoys woodworking, crocheting/knitting, sewing and most importantly spending time with family. 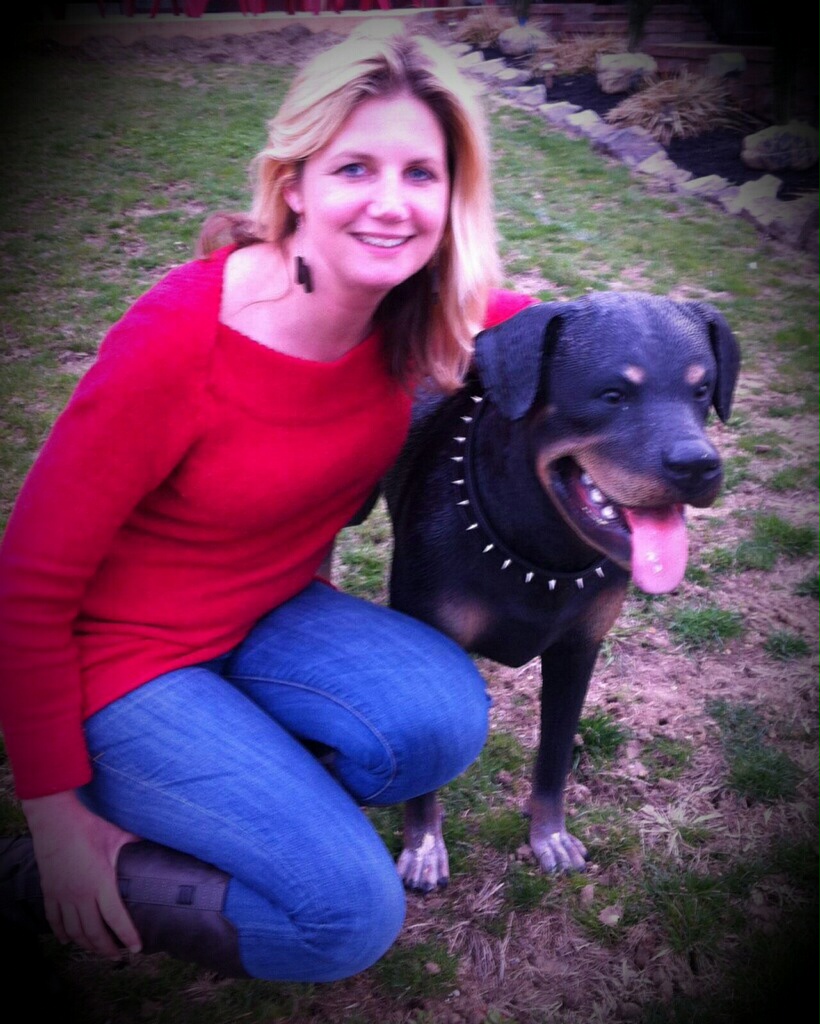 Janine has been a certified Nuclear Medicine Technologist for 20 years. Over these years she has completed her continuing education and has taken courses in finance and management. She started transitioning her human medical skills to the veterinary field in 2012. Janine earned a certificate as a Veterinary Assistant after completing a college course and an externship with a local veterinary hospital. She has also done some volunteer work at the Gloucester County Animal Shelter which was a heart touching and eye opening experience for her.

Janine has always loved the outdoors and traveling. She has great memories of being with family and friends on vacations. Now a days she enjoys spending time with their son, Jeffrey James (J.J.), born in December 2013.

As the Hospital Administrator and Managing Partner, she feels very fortunate to currently have such a dedicated, caring and efficient staff. Knowing we have such a great team has allowed Janine to enjoy her new career and have more flexibility and quality family time. 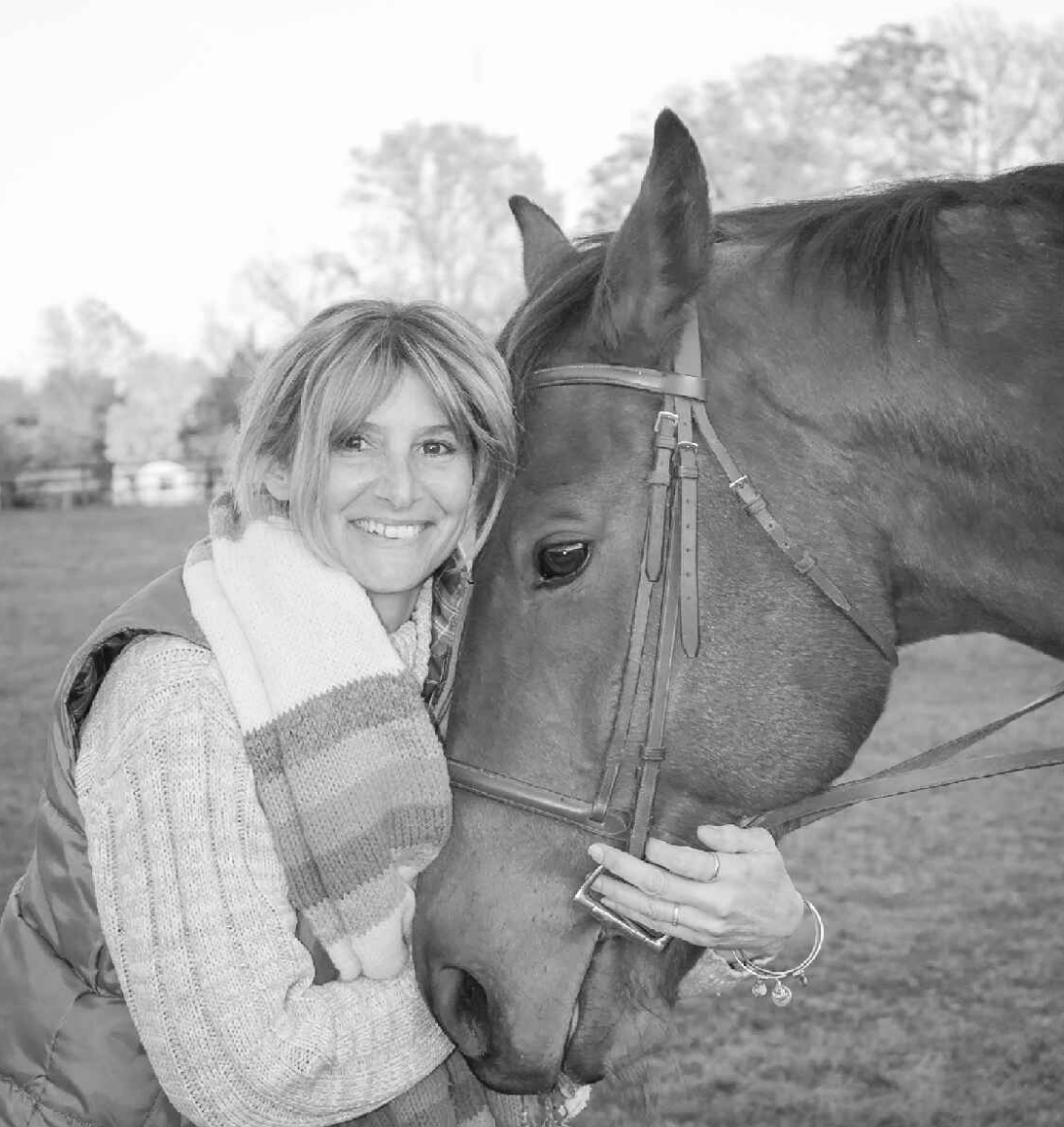 Pennie started in the veterinary field in 1988 working at Marlton Animal Hospital until 2010. While there she became involved with many rescue groups and donated her time on a spay /neuter van for feral cats. She has a special interest in cases involving animal abuse, neglect, and trap, neuter and release for feral cats. In 2010, she became a member of the Chews Landing family. A year later, she started the “Pay it Paward” fund that helps animals in need. As of 2015, we have been able to help save over 50 pets, some who were facing euthanasia due to financial constraints. Pennie resides in Blackwood with her husband, dogs,cats and horse. 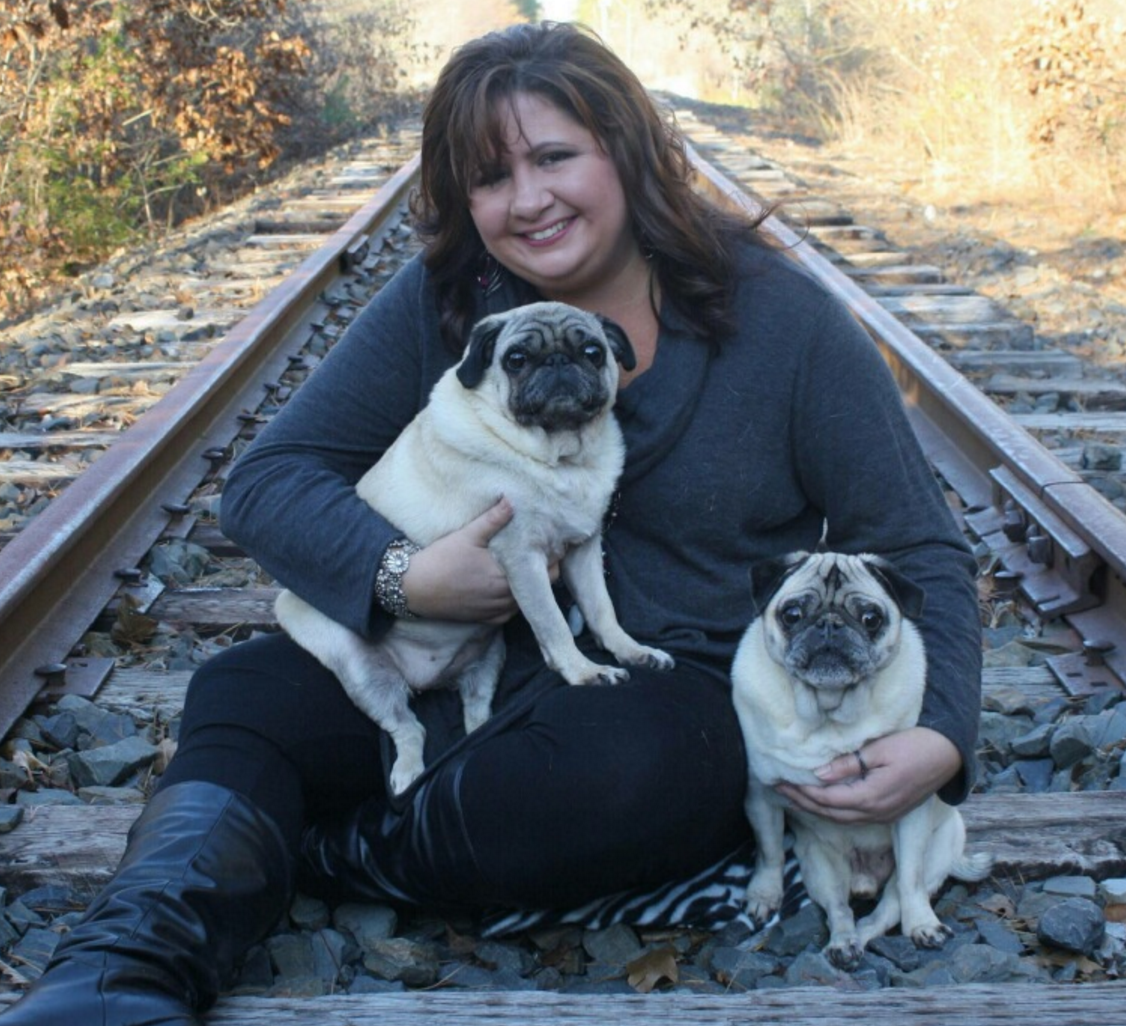 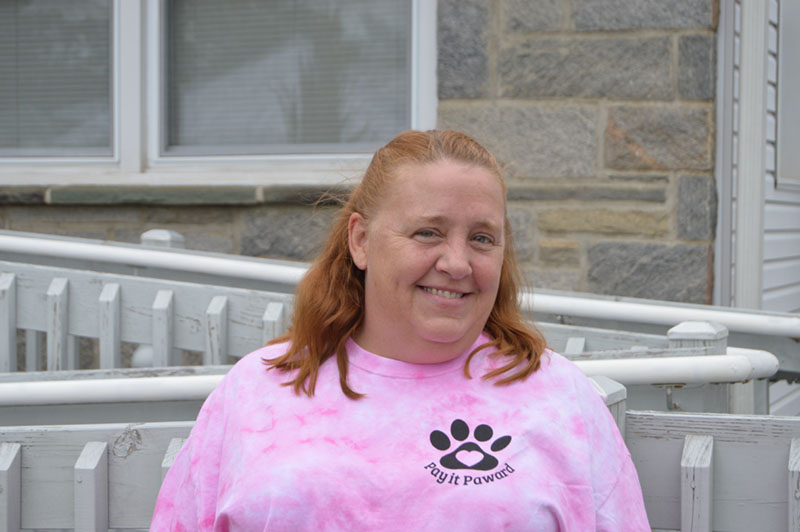 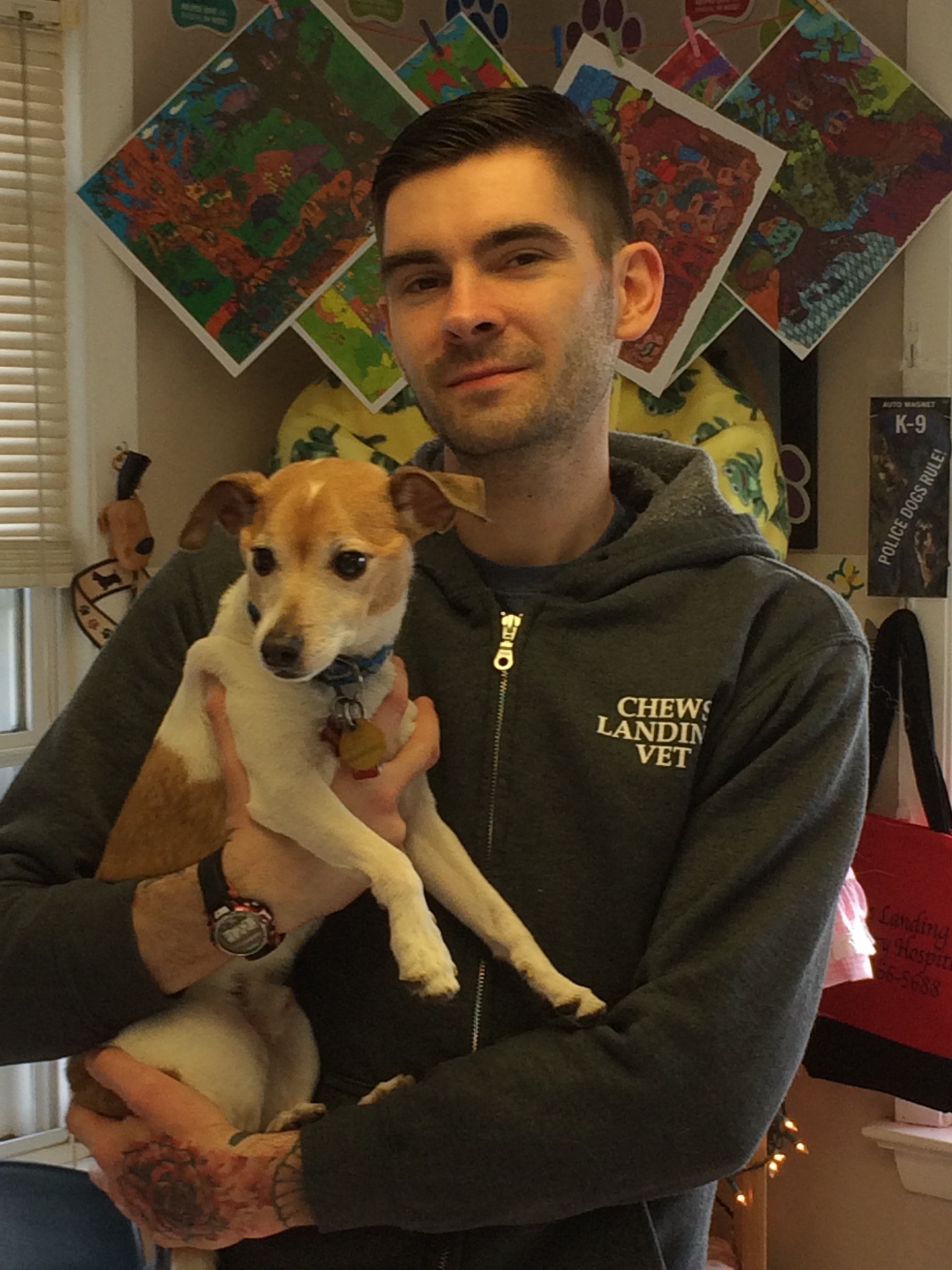 Jim is a graduate of the Camden County Veterinary Technician program. In his free time he enjoys working on his house, traveling, and spending time with his dog and three cats.

Jaclyn graduated from West Deptford High School and is currently a student at Rutgers University in New Brunswick. She studies as an Animal Science major, with a concentration in Pre-Veterinary Medicine. Jaclyn works at Chews throughout the summer and during other breaks from school. Aside from school and work, Jaclyn has been riding horses competitively for 10 years. She also has two 80-pound lap dogs, and has had several dogs, cats, and bunnies over the years. Jaclyn aspires to be a veterinarian, and hopes to specialize in zoo medicine someday.